How are you so burnt when you're barely on fire? 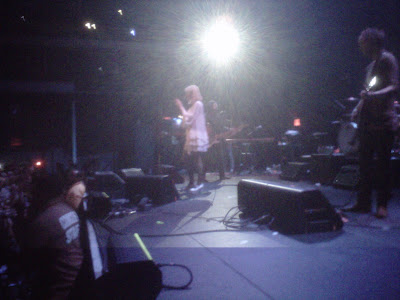 (this photo happened after her outfit change)


So I went to see Hole at Terminal 5 the other night and because I'm still in the PMFM (pure motherfucking magic) phase (read here) I have to say I was pretty moved.

Hole consists these days of a bunch of random dudes with glitter and dreads and the same old Courtney Love. She came out wearing a black lace dress, black tights, and silver mary janes. The crowd was kind of old but I still managed to see everyone that attended looking like they were still young and grunge. My PMFM glasses were on and if anyone had some light wrinkles or strip of grey in their hair, I was blind to it. All I saw were flannel shirts and baby barrettes and sloppy knit hats. I saw what I wanted to see.

Courtney Love is an amazing performer. I saw her play years ago at Plaid or whatever that place was called and she was chugging whiskey on stage and the next day that picture came out with some dudes mouth on her tits in front of Burger King. While that has a sort of amazing to it, this years Courtney wasn't that.

She played all the songs I wanted to hear. When she played Violet, Chloe and I lost our shit. The whole room lost their shit. People were moshing and crowd surfing. That still happens! I didn't know that still happened. I feel like people get sued these days for antics like that. She also played 2 Rolling Stones songs and she even sang a slow song that gave me chills. The lyrics were like "I never wanted to be the person you see/I never wanted to be comic relief." I was really feeling that.

She didn't play a long set, but all in all I really enjoyed it and danced around and felt really moved and happy. I like Hole. 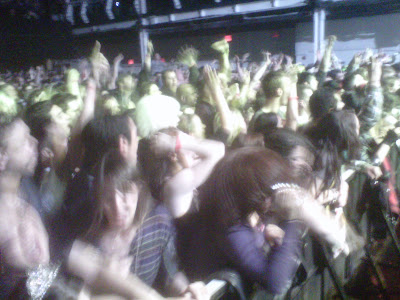