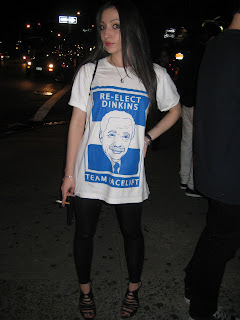 Judi Rosen met me there. 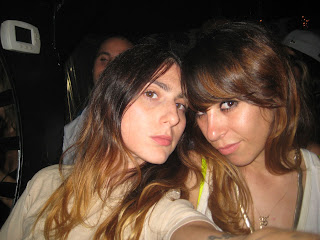 Jonny Famous was there. 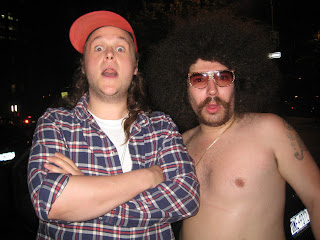 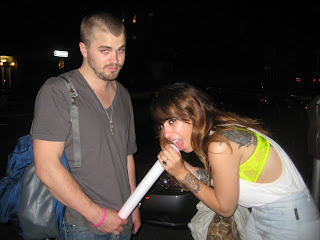 And the Arab Parrot. He's famous for his blog. 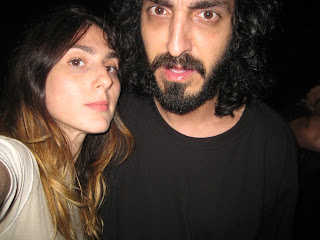 They fucking killed it. 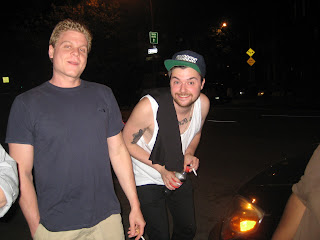 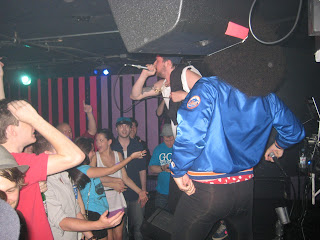 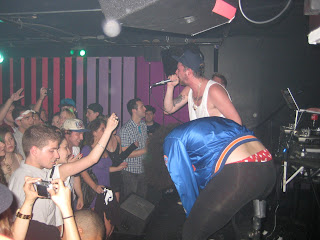 After the show a bunch of us went to this special secret awesome club that I'm not gonna name because it's too fucking amazing. 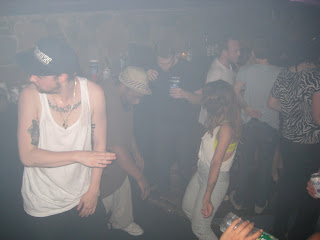 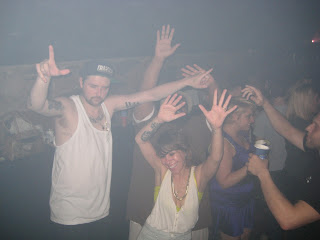 The photos I have don't even do it justice because I was too busy bugging out. It was about 120 degrees, fog, glitter, an empty pool to dance in, gay disco house, and tons of good 'tudes. The whole night I felt like I was in 1977. Or 1987. Or whatever year New York was fun and creepy and Madonna danced at Danceteria and AIDS wasn't invented by the government yet.
Posted by lesley arfin at 12:36 PM